Modern airports allow passengers to pass rapidly through terminals and board aircraft via boarding bridges. In these cases the aircraft are parked with their noses right up against the airport building. In order to reach this position on arrival or return to the apron centreline, from where they can continue under their own power, on departure, aircraft are assisted by special aircraft tow vehicles that are known in technical jargon as “pushback tractors”. Tudi v slovenščini 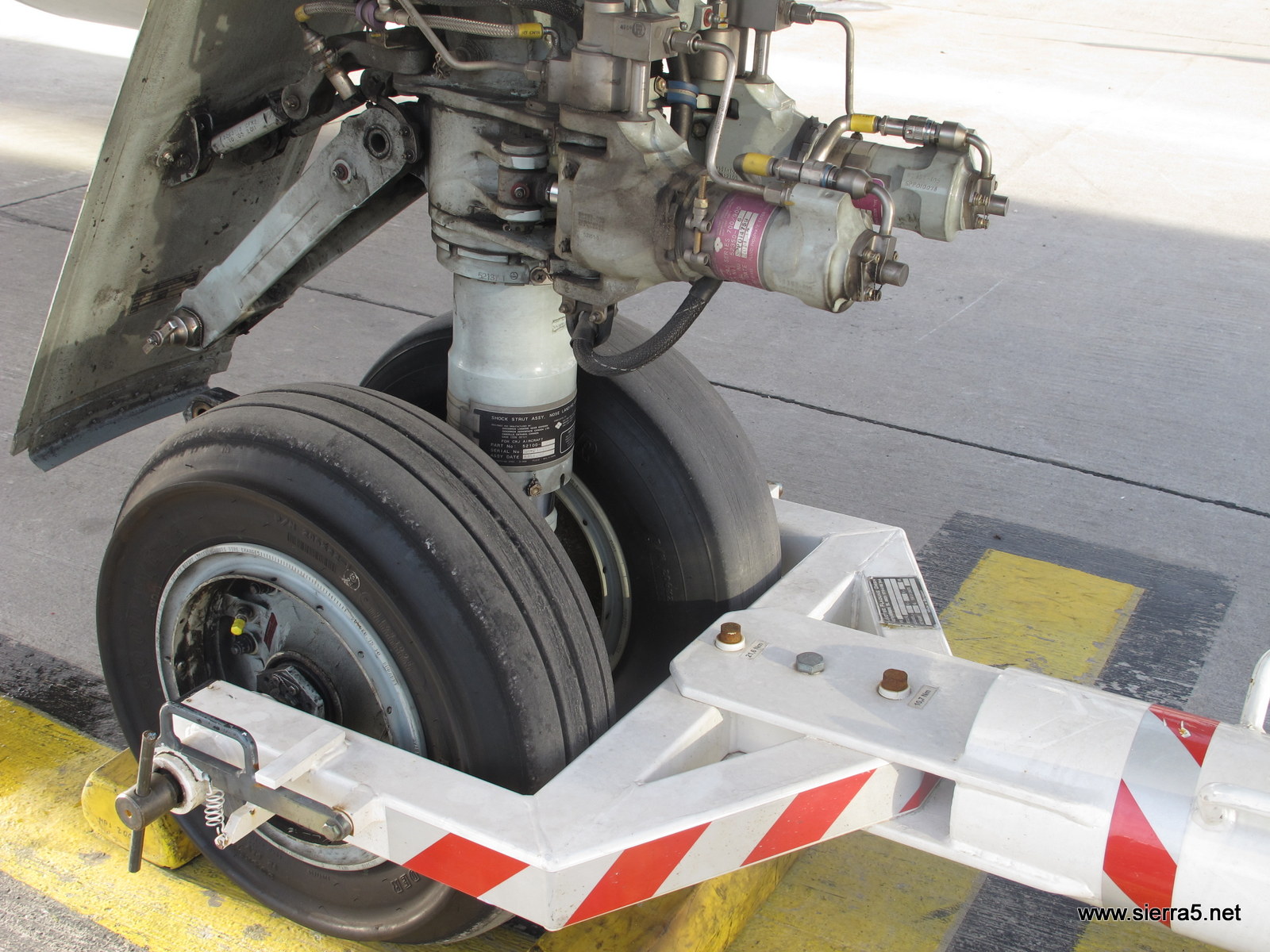 At Ljubljana Airport, which is also the home of Adria Airways, aircraft pushback operations are carried out by four vehicles that differ in terms of weight and engine power – and therefore the total weight they are capable of moving. The most powerful vehicle is a Schopf F300, which is capable of moving aircraft with a maximum take-off weight of up to 400 tonnes and costs half a million euros. It weighs an impressive 43 tonnes and its 173 kW engine can power it to a maximum speed of 30 km/h. The heaviest aircraft it has towed to date is an Antonov An-124, which has a fully laden weight of 400 tonnes. The ground handling service at Ljubljana Airport has 21 trained aircraft pushback operators who work in three teams. On average they carry out around 20 aircraft pushbacks each day: slightly fewer in winter and more (up to 25) in summer. They also look after those aircraft that need to be moved from the apron to hangars or other parking spaces. 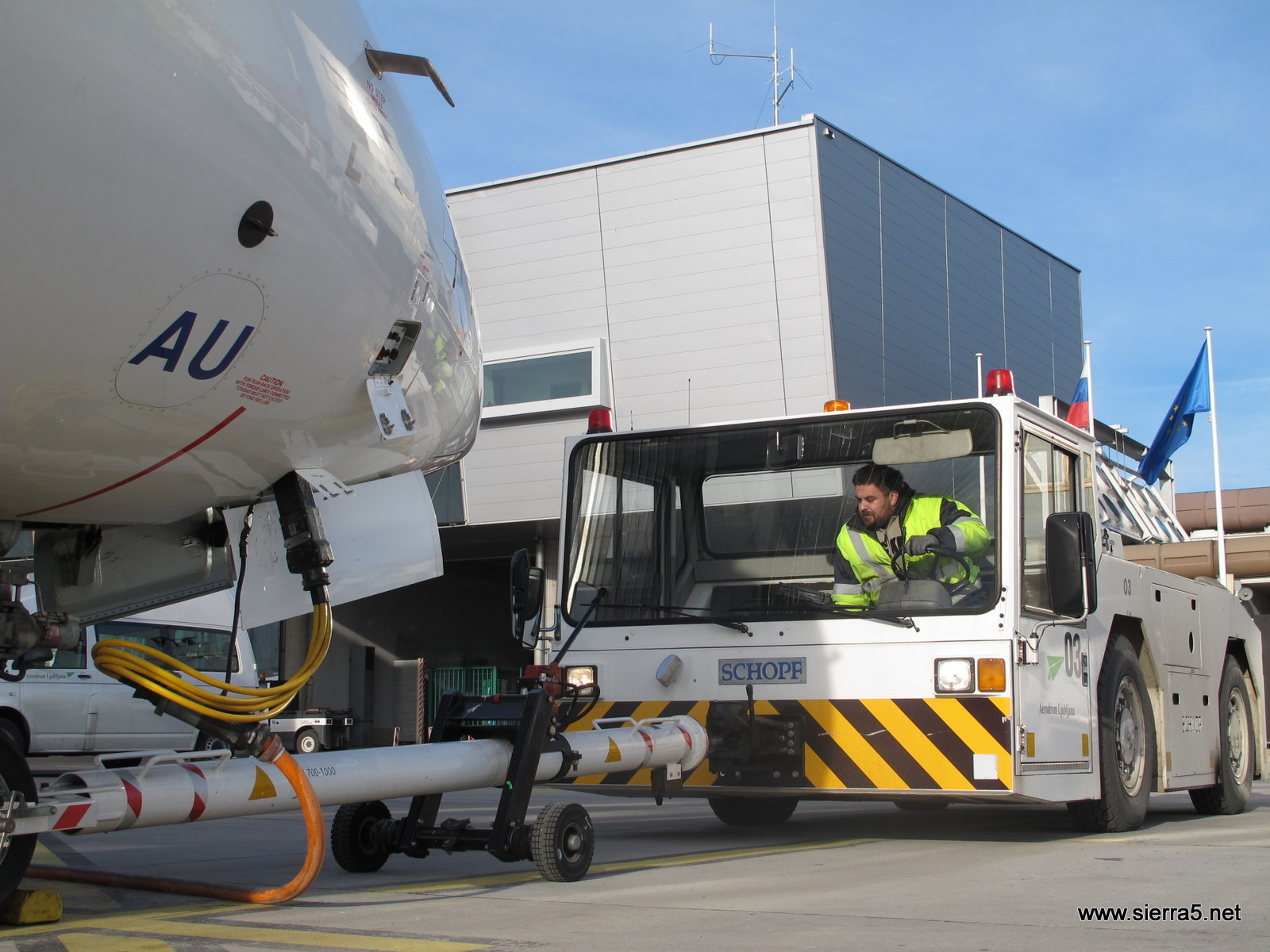 Once all passengers have boarded an aircraft, the loading of baggage, freight and mail has been completed and all ground handling vehicles have withdrawn to a safe distance, the captain or first officer requests the airport control tower for permission to start the engines and move the aircraft back from the terminal building. Pushback is carried out by a ground crew team consisting of a “ramp agent” and a tractor operator. The drawbar can be attached to the aircraft once passenger embarkation or disembarkation is complete and the steering bypass has been engaged, meaning that the aircraft's nose wheel is now controlled externally. The drawbar attachment and drawbar itself differ for different types of aircraft (aircraft type and weight, specific restrictions). After attaching the drawbar to the aircraft's nose gear, the operator attaches the other end to the towing tractor and, with the permission of the person in command of the aircraft, removes the chocks from the aircraft's wheels. He then waits for the signal from the ramp agent, who first checks that the area around the aircraft is clear and then talks to the pilot via the intercom. The tractor operator is advised by the operator in the ground handling service's technical centre that the aircraft is cleared to move and then waits for the signal from the ramp agent, who unclenches his fist to signal that the operation can begin. The tractor operator switches on rotating red warning lights, to show that the pushback operation is now under way. As soon as the aircraft is cleared to move from its position, the aircraft's crew switch on the anti-collision lights – flashing red lights on the aircraft's fuselage – which sends a clear message to everyone on the apron: “The aircraft is about to move. Keep your distance!” Pushback follows the planned curves of the taxiways. In the case of a non-standard pushback, Ground Movement Control (GMC) communicates with the tractor operator and gives instructions on where to move the aircraft. 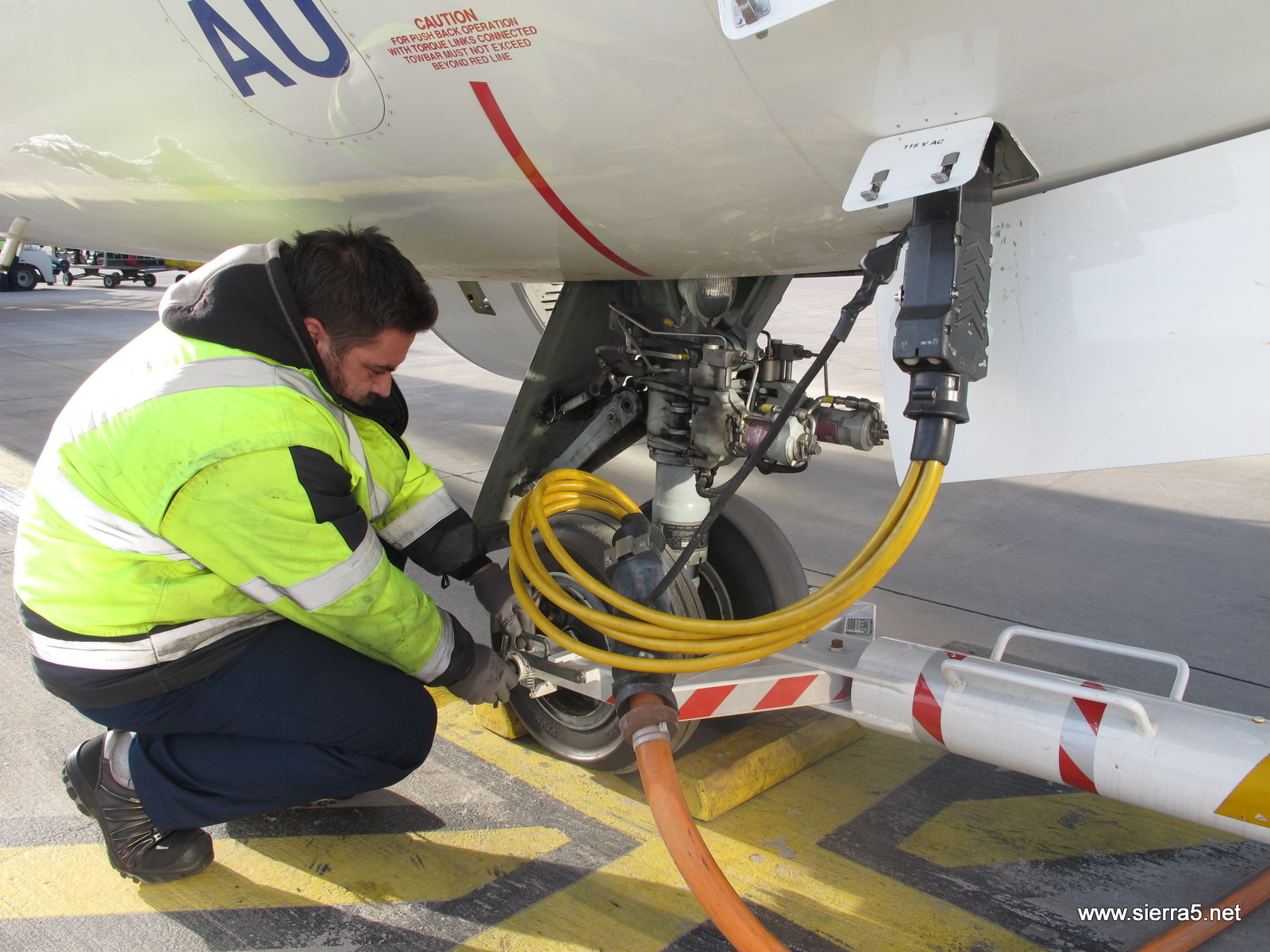 Usually pushback is from the parking position to the centreline of the apron, from where the aircraft can continue under its own power in accordance with GMC instructions. During the pushback operation the ramp agent controls the thrust of the aircraft's engines. When pushback has been completed, the ramp agent first uncouples the tractor from the drawbar. He then detaches the drawbar from the aircraft's nose gear and re-attaches it to the tractor, and restores control of the nose wheel to the aircraft's crew. The pushback tractor then moves out of the taxiway safety zone. This concludes the pushback operation. The duration of the operation depends on the complexity of the procedure but on average pushback takes between 3 and 6 minutes.

The movement of aircraft is carried out according to precisely defined instructions and procedures laid down by the responsible airport services, air traffic control and aircraft manufacturers. If this were not the case, there could be a risk of damage to the aircraft (the nose wheel) or airport equipment (such as the draw bar) or even a risk of collision with another aircraft or with a ground handling vehicle. According to pushback tractor operators, it is easier to move large aircraft because they are more stable and it is easier to see what is happening. Apparently they also handle better during pushback.