We are lucky that we live on this planet

Modest, unassuming, but extraordinary in all respects, Sunita Williams is one of the many descendants of Slovenians who went abroad to realise their dreams. However, the dreams of the parents have been fulfilled primarily by their children, Sunita being one of them. This year, she visited Slovenia for the second time. She also visited the Ministry of Defence. She presented her outstanding achievements, which are plenty, to Slovenians. Nobody was left indifferent. 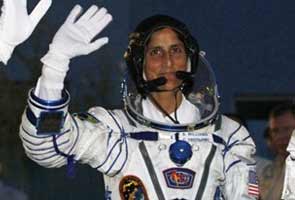 Today, Sunita is the Director of Operations Russia in the Star City near Moscow. In that capacity, she runs an office which provides all the logistics for the US, European, Japanese and Canadian crewmembers training in Star City and who are preparing to go to space.
Tudi v slovenščini 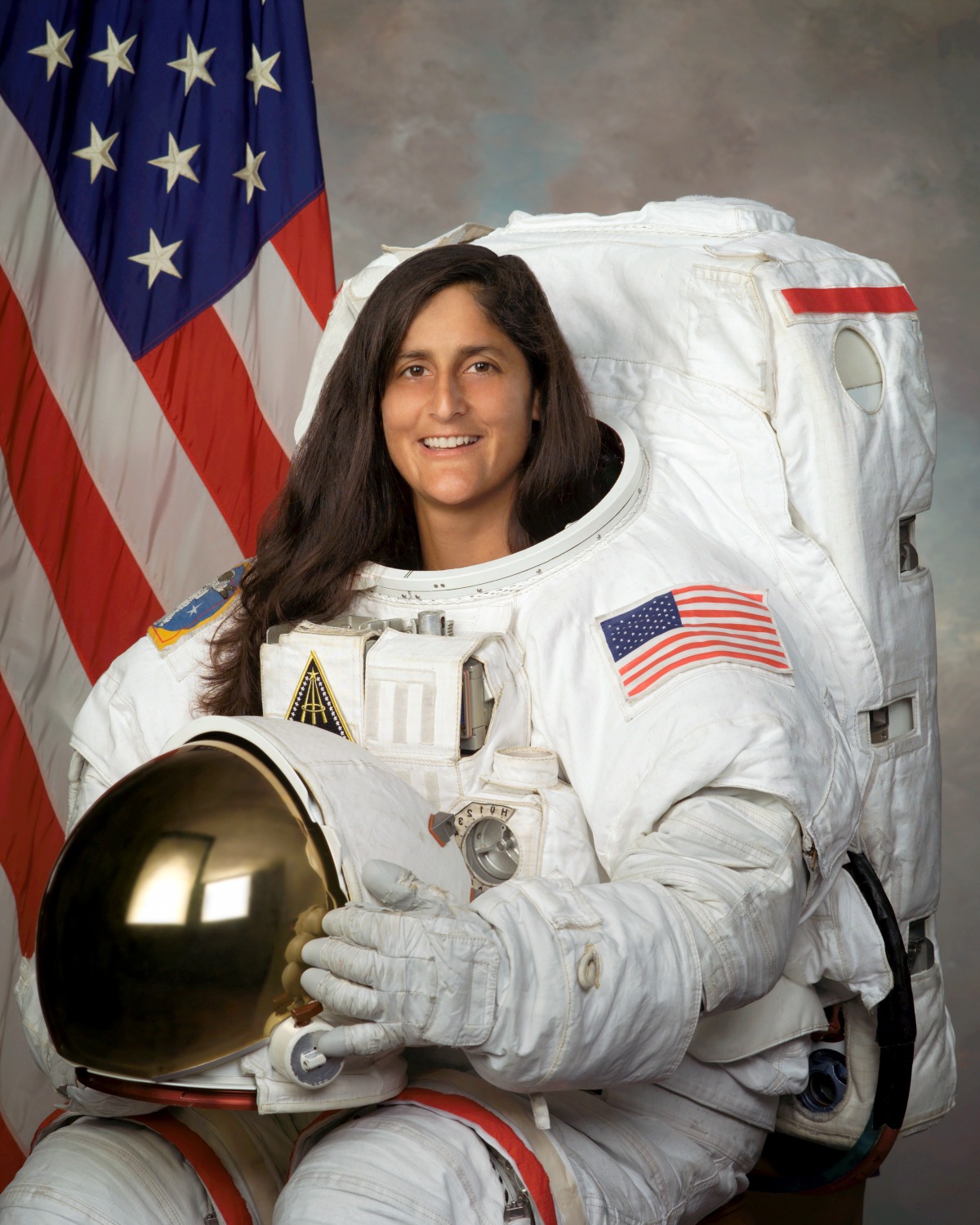 How did work and book of Herman Potočnik Noordung The Problem of Space Travel - The Rocket Motor from 1928 influenced the development of space traveling and living in space?

I can’t exactly tell you from a historical perspective, but I am sure it was a huge influence on the first individuals who designed spacecraft.  As a visionary, Noordung’s influence has been realized in many rocket and space ship designers plans.

You have been in Cultural Centre of European Space Technologies in Vitanje? In your opinion how can we bring space and living in space to ‘normal’ people and vice versa?

Certainly!  Thru the center and the work that is going on with the International Space Station, we are hoping to share the visionary ideas and the actual scientic events that are occurring to help bring the concept of space and space travel into the household of all humans.  Lots of work in this field is out there for the public and one goal would certainly be to get as many people involved to tap into their new and creative ideas.

How can this center contribute to conquer the space, the universe?

The center is a great place as a museum and a center for advanced thought. The atmosphere of the place allows people to open their minds like Noordung did.  Creativity and imagination is the next step in advancement.  In the words of Albert Einstein, knowledge is useless without an imagination. 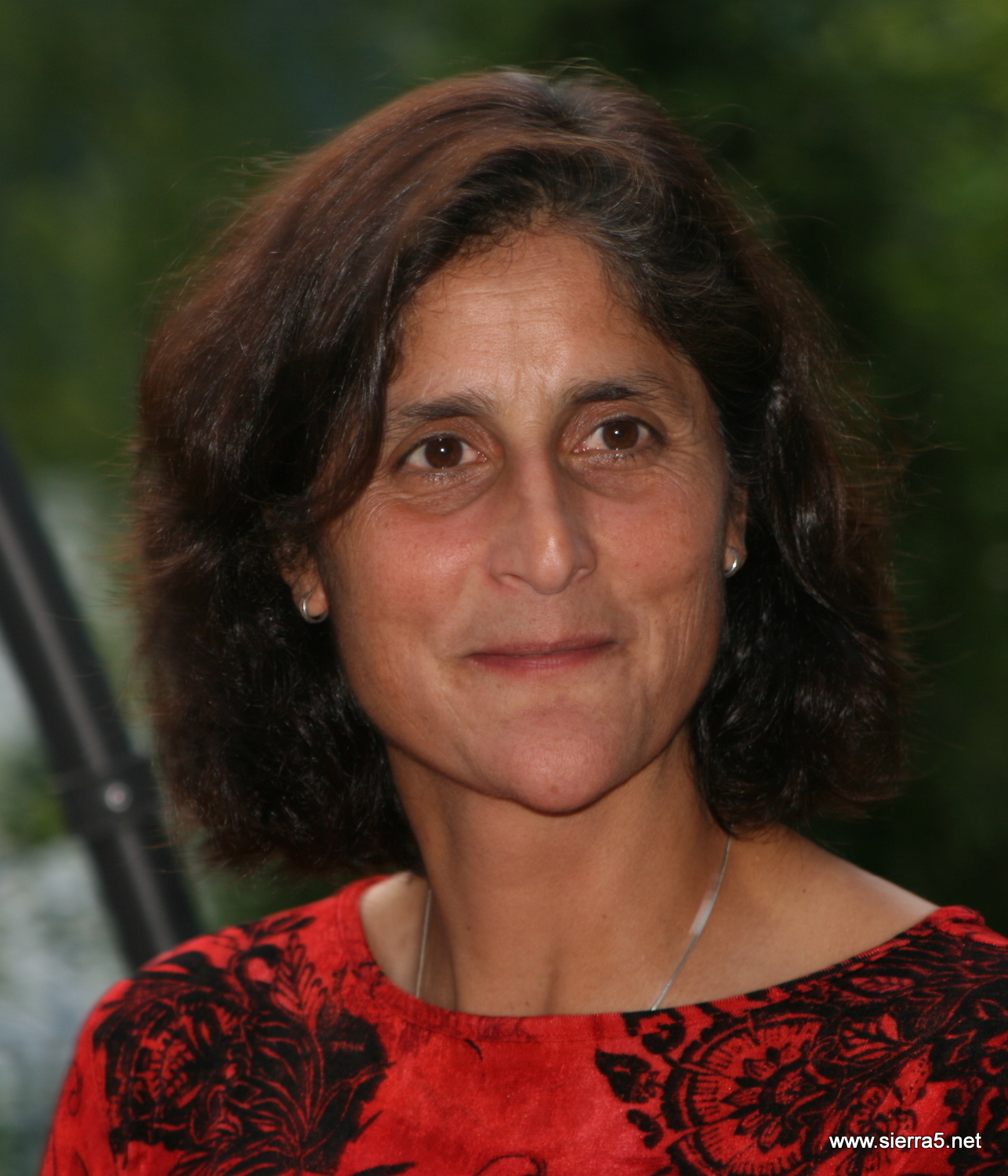 Would you go to the Mars? And what would you miss most?

Sure I would go to Mars. With today’s technology it would be a long trip, and we have a lot of work to ensure the crews are safe from radiation and micro gravity induced issues on the human body.  However, I think before long we will have the knowledge and technology to solve those problems.  Advancements in propulsion will be needed to send people further out to the reaches of our solar system for sure.  I think that might take a bit longer, but it WILL happen eventually.  I think the things that we miss about earth and unique to earth – our air, wind, ocean, water, other living beings that we know.  So, some memories of all these things of course would be important.  Specifically family and a sense of connection with earth thru pictures or some media would be of high importance to me.

What are you doing at present?

As an experienced ISS, Shuttle and Soyuz crewmember, I am also part of many working groups that interact with our Russian counterparts, to include Soyuz technical support – launch, rendezvous and landing - , EVA (spacewalk), Crew equipment, clothing and food, training planning, etc.  So every aspect of training and working with our Russian counterparts I seem to get involved in…funny, but it is overarching, and certainly fun, never boring. 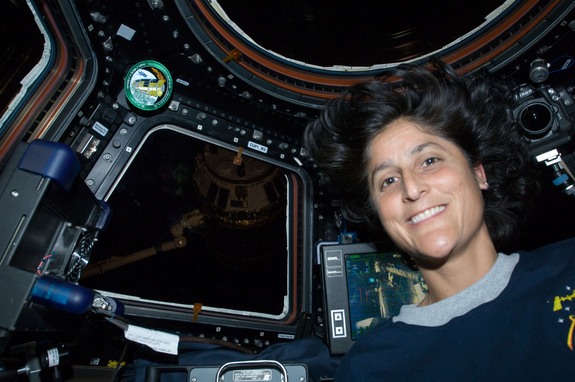 Do you believe that there is another inhabited planet somewhere?

Absolutely.  There are millions of stars in the universe that we know.  Of course there has to be a star that is somewhat similar to our sun, which has planets that may possible be a distance that would sustain the atmospheric conditions to contain life.  Maybe not exactly as we know it, but even here on earth we are discovering new species living in very different environments, like at the bottom of an ocean in what we considered toxic gases.  So, more than likely yes.

Will Earth in 2100 still be the green planet or we will have to move?

That is a great question.  I think only we can do as much as we can to sustain life here.  Then of course there is always the possibility of us getting hit by some sort of asteroid that would change the landscape of the planet.  Nature is by nature very balancing.  When things get out of balance, it seems that generally our planet takes care of it.  However very fast change from humans is tough for our planet to keep up with. I think we all must think about how we can conserve and help our planet as much as possible and possibly slow down dramatic changes that would change our atmosphere for example. If we as humans want to remain here. 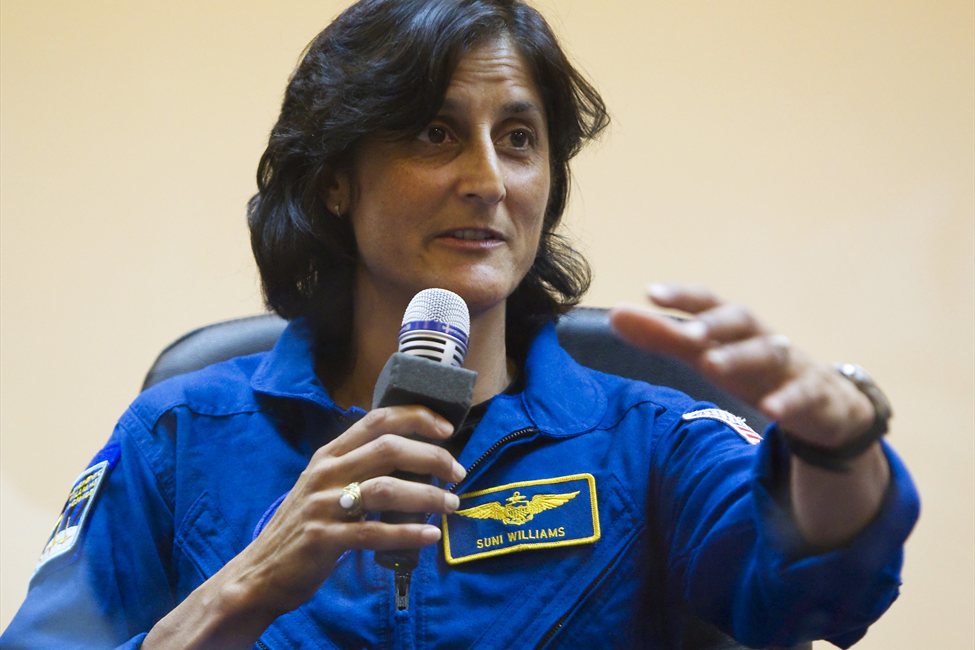 What was your first impression when seeing the Earth from the space and feel the 0g?

Incredible.  The planet is simply beautiful and alive and peaceful.  I wonder at how lucky we are to be on this planet and how we as humans all should see this view and then I am sure we would all be nicer to each other.

What does it mean cancellation of Space shuttle program for future? Does NASA have near future plans to built new vehicle or you will rely on Russia and their transport capabilities?

NASA is building a new vehicle to hopefully take us out of low earth orbit.  The space shuttle was an amazing vehicle and it was absolutely needed for us to build the International Space Station.  However, we now would like to go further than low earth orbit – someplace that doesn’t necessarily have a runway to land on – like the moon or Mars.  So we need a vehicle that can land under a parachute or with landing jets.  We are working on that future vehicle which will safely transport people further and return them.  It is the next good logical step in exploration.  In the meantime, our Russian counterparts are helping us out by transporting humans to the ISS.  We should have commercial providers, just like the airline industry which will soon take over that function of delivering people to low earth orbit alongside the Russians.

You have been launched also with Soyuz. What was the main difference compared to space shuttle launch?

Both are essentially the same.  Except the shuttle uses solid rocket booster primarily for the first stage.  The Soyuz uses all liquid engines in distinct stages for each propulsion to space.  However, both rides are about the same amount of time, dictated by physics and both spacecraft are made to be the home to humans in space.  They have different seats, but that is primarily for the landing phase of flight.

What do you think about privat companies like SpaceX, Orbital Science Corporation?

I think they are great.  With them, there will be competition for the job to take humans to low earth orbit.  With competition we will have a vehicle to do that job before long.  There is a lot of young, new innovation with these new companies. I love their work ethic and their enthusiasm.

How would you rate Pipistrels achievements in NASA competitions? You visited Pipistrel.

Pipistrel is a wondering company. I love that their work is so innovative. They are really guiding the way of future general aviation. Their ideas and way of working is so clean, precise and elegant.  This is the way our future will advance – thru technology that is good for our planet.  I had a wonderful time visiting with the folks who work at Pipstrel, and I feel they are a family.  They care about each other as well as their product.  Cooperation, sharing ideas is the way of the future. 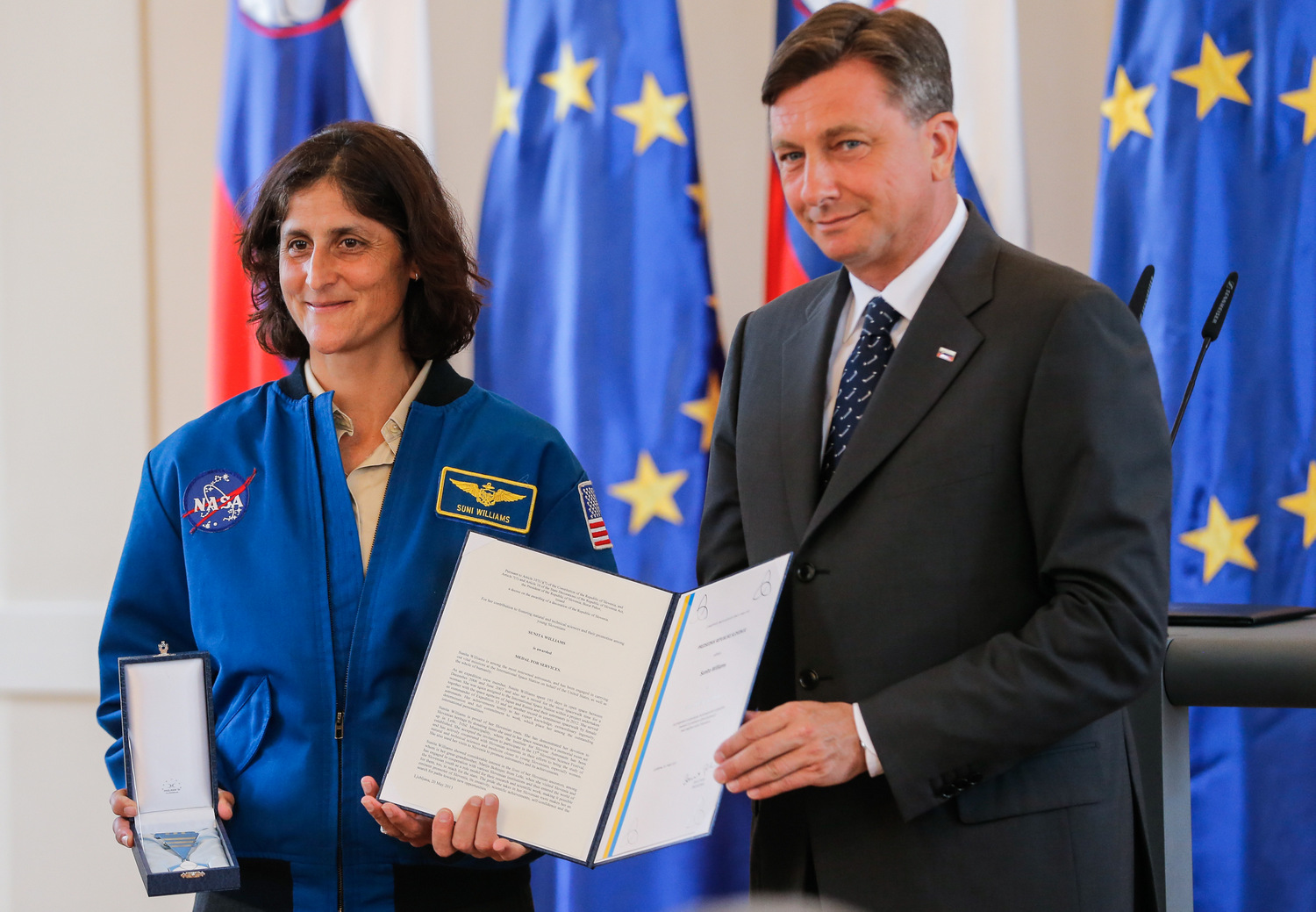 What does it mean to you the medal of merit which you got from the president of Republic of Slovenia?

The award and everything that it means was totally humbling.  There are so many people and events which occurred to get me into space that I can only say that the award is really for all of them too.  Of course my parents are a huge influence on me, so this award is really for them.  I have had the opportunity to be taught by so many amazing people from elementary school to test pilot school.  This award is for them.  I have also worked alongside many international partners preparing for my spaceflights, this award is also for them.  I just hope I am representing all of these people, their commitment, dedication and professionalism, to merit such a great honor. 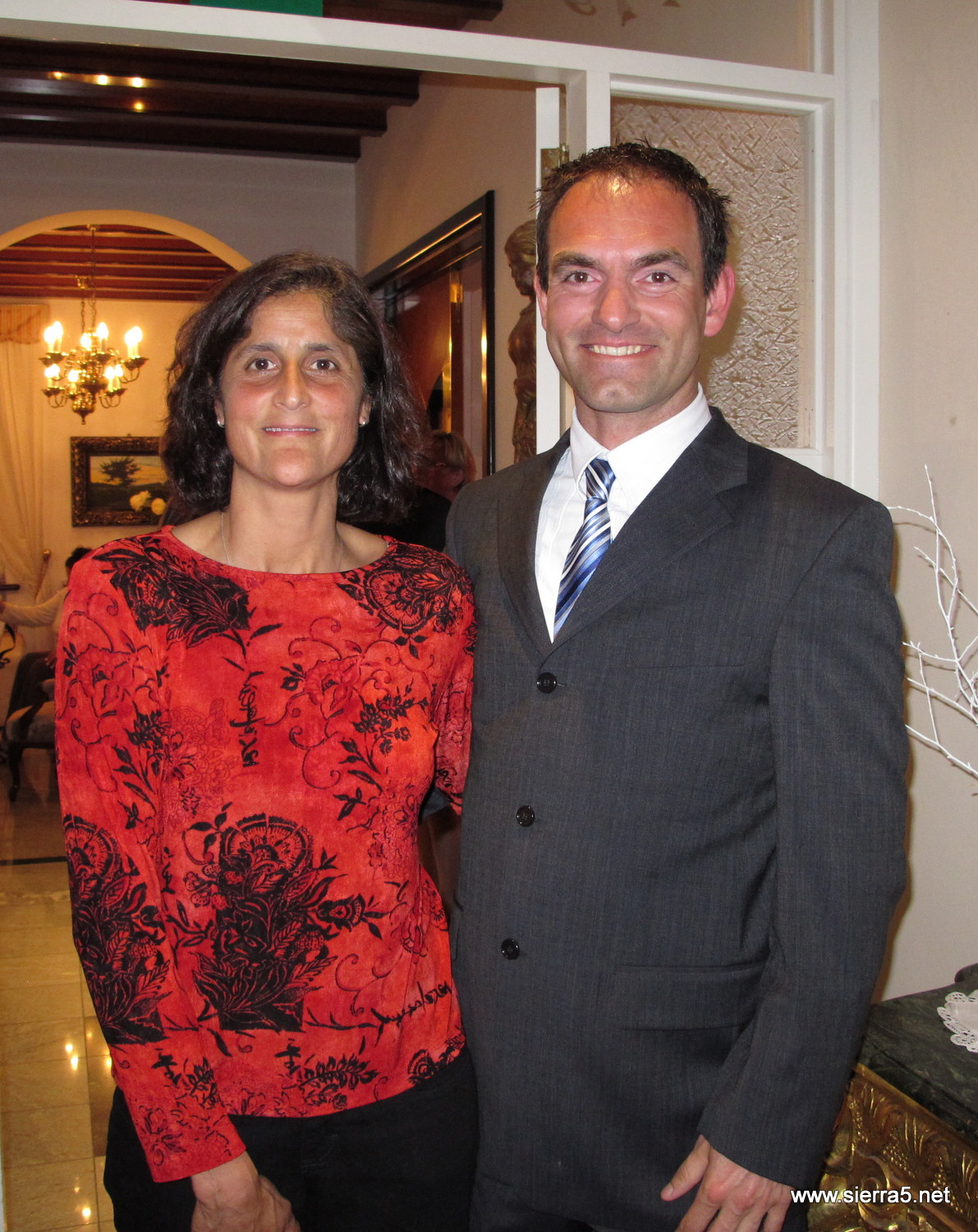 What do you think about Slovenia and Slovenians?

Slovenia and Slovenians are awesome!  I love the country.  I feel at home there for both of those reasons.  The people are as warm and inviting as the landscape.  I love the natural feel of the country and pride that the people who live there take in keeping it that way. I think Slovenians really understand what the meaning of preserving our planet is.  They love and appreciate nature and love to be part of it.  I am very pleased to be from a place on the planet that epitomizes these ideas and ideals.

On 20 November 2013, the International Space Station (ISS) celebrated the 15th anniversary of the launch of its first module to space. The station was jointly built by five space agencies. It is divided into the Russian and American parts, which are used by several countries. The ISS is used as a research laboratory carrying out experiments in biology, physics, meteorology and other sciences. Sunita Williams has been on the ISS twice and was the second woman to become commander of the ISS.