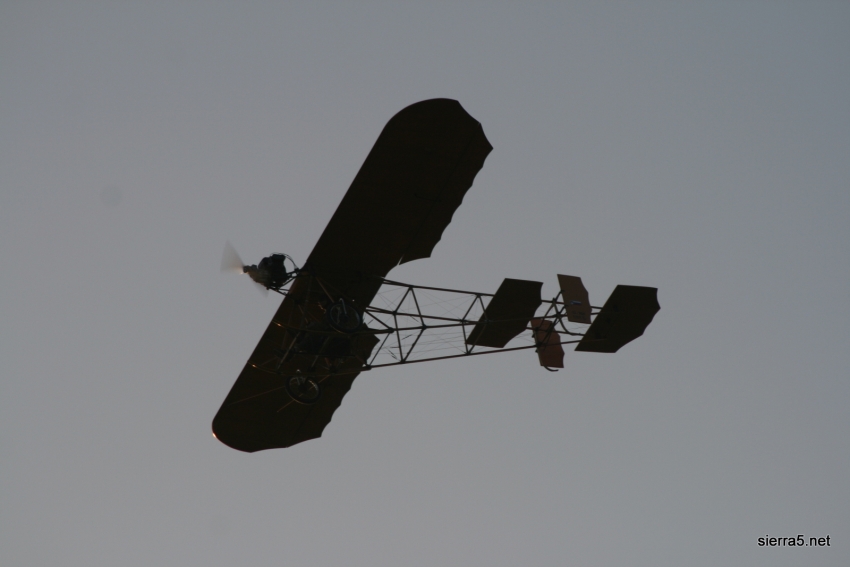 Edward Rusjan was one of the first in the world to fly powered airplane. He was born in 1886 in Trieste and is considered a pioneer of Slovenian aviation. His first flight took place at Rojce near Nova Gorica on November 25, 1909. He made nine airplanes, and he made his biggest success with Eda V. Edvard later moved to Zagreb. There he performed six laps in one of the flights at 100 meters. He tragically ended his flight in Belgrade on January 9, 1911, where he crashed and died during the introductory flight due to heavy winds.

The flight plan is based on two books, Brothers Edvard and Josip Rusjan from Gorica by Srečko Gombač (Puhek, Ljubljana 2004), and Edvard Rusjan by Zlatko Bisail (Mladinska knjiga, 1958). During the simulation, the computer program continuously solves for the vorticity by wing segment to get the induced drag, lift and downwash. This requires the selection of an airfoil; the NACA 6306 ali 4406 seemed suitable, and indeed it turned out NACA 6306 is used in the replica of another Rusjan's aicraft, the Eda-V, built by Albin Novak and flown by Tomaž Meze. The Republic Geodetic Authority in Belgrade kindly gave permission to use their terrain imagery.

This hypotetical physical simulation of the Rusjan accident takes into account for the first time the meteorological data for January 9, 1911 (end of December according to the Orthodox calendar), kindly retrieved from the archives of the Republic Hydrometeorological Service in Belgrade by dr. Smilja Djordjević.

I assumed that during approach to the landing site in the relative windstill NW of the Kalemegdan fortress, the aircraft encountered a turbulent layer at the edge of the windstill. The wind speed at 10 and 11 am was 6 and 7 meters per second, respectively, from ESE, and 5 meters per second from E at 12 am. Turbulences are simulated in real time by a random number generator to have random thickness, orientation of the shear layers and wind speed and direction. The lift/drag diagram on the right shows the disturbances traveling across the wing segments, occasionally resulting in local stall indicated by red color. The code also updates and checks the wing bending stress; after wing breakage, a precise simulation is impossible due to structural unknowns but before that the code keeps a prescribed mathematical accuracy, 5 decimal places in this case. The simulation is flown by internal autopilot code set up to allow large deviations from flight path to minimize structural stresses.

The virtual camera is programmmed to repeat part of the aircraft dynamics with a fixed time delay; during climb the camera closes in, and during descent it increases separation. This helps to visualize the bank and drift angles (b/d), and the angle of attack and sideslip (a/s), in turbulent wind coming first from four o'clock and then two o'clock.

The cause of the accident is an open question due to unknown detailed structural and wind field data. It could be wing overload as assumed previously, or it could be structural wire failure, if the wires were made of steel similar to the cold-rolled variety used for the hull plating of the RMS Titanic. The sinking of Titanic a year later after the relatively weak collision was fatal due to the then unknown brittle nature of its steel at freezing temperatures caused by spiked sulphurous inclusions.

Coverphoto: Eda V made by Albin Novak and piloted by Tomaž Meze